We live, as we’re often told, in the Golden Age of TV. And though the likes of Breaking Bad, The Wire and The Sopranos may no longer grace our screens, it seems like ever year some new show appears to challenge for their mantle. 2017 was no different, with the emergence of some of the best new shows in years, along with the (in some cases long awaited) return of some beloved fan favourites. Here’s my list of the best TV shows of 2017, starting with: END_OF_DOCUMENT_TOKEN_TO_BE_REPLACED

My review of Stranger Things‘ second season can be found at Small Screen.

My review of the first season of American Gods can be found at Ink. 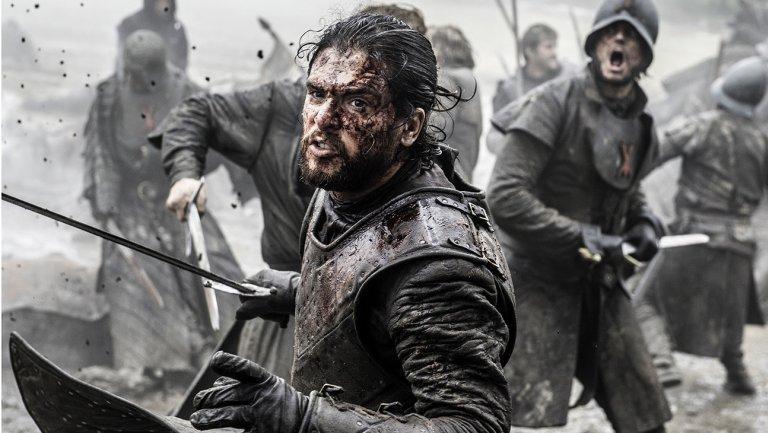 Game of Thrones
After a disappointing fifth series, Game of Thrones‘s sixth season saw it return to form with a big green bang. It was Game of Thrones doing everything Game of Thrones does best: bodices were ripped, blood was spilled, and the air was so thick with intrigue you could cut it with a dragonglass knife. And, of course, a number of major characters met gruesome ends, although for audiences some of these deaths were more distressing than others. Hold the door! END_OF_DOCUMENT_TOKEN_TO_BE_REPLACED

Since the release of its first season in 2013 Peaky Blinders, the glossy BBC gangster drama set in 1920s Birmingham, has become a genuine hit; not just in Britain but overseas as well (Snoop Dogg is a noted fan), and after a delayed production the third season of the Shelby saga was released to feverish anticipation. END_OF_DOCUMENT_TOKEN_TO_BE_REPLACED

Since it began way back in 2010, zombie apocalypse series The Walking Dead has become, by any stretch of the imagination, a runaway success. It’s a genuine ratings phenomenon, the most watched cable TV series in history — an extraordinary 17 million people watched the premier of the fifth season in the US alone. END_OF_DOCUMENT_TOKEN_TO_BE_REPLACED

My review of the second season of Daredevil can be found at Ink.

One of the things that has made John le Carré’s work stand out from the rest of the spy-thriller pack is how very un-James Bond they are. Sure, the likes of The Spy Who Came In From the Cold and Smiley’s People had their brief moments of action, but for the most part his works have focused on the almost hum-drum (by comparison to Bond’s explosive antics) routine of shady back office deception and carefully laid surveillance traps. So it initially seemed a shame that The Night Manager, Susanne Bier’s expensive-looking BBC adaptation of le Carré’s 1993 novel, seemed so determined to fit itself into the 007 mould, from the opening credits (a montage of speedboats, martini glasses, chandeliers and weaponry scored by a thoroughly Bond-like theme of languorous strings) on in. END_OF_DOCUMENT_TOKEN_TO_BE_REPLACED